Last week, we learned that Mid Ohio was a race track, just not our race track. The bad luck started out when half of our test days were snowed out a couple of weeks ago, and ended with a mechanical issue in the race. Last Thursday and Friday were all practice, with qualifying and race on Saturday. Thursdaywas just one 2 hour practice session. There was a minor oil leak coming from the transmission, and a small vibration. The team decided not to push our luck in practice and called it quits for Thursday. After changing a couple of things Thursday night, we decided to give it another shot on Friday. The vibration was still there and the car was still leaking oil from the PDK transmission. Other than the mechanical issues, we were fastest in practice until the end, when two other cars barely beat my time and ended up 3rd fastest in practice over all.  I was able to get up to speed quickly and our car works well in the wet and the dry and I showed that despite this being my first time racing at Mid Ohio. That night, after all of the practice was over, the team chose to put in a brand new transmission in the car fearing that whatever decisions made would leave little time from which to react if that didn’t solve it. On in Saturday, Jim Cox went out to qualify and said that the car was balanced perfect and the vibration was completely gone with no oil leak either. Our hopes were very high after qualifying. In the race, however, it did not go the same as qualifying. About 20 minutes into the race, the car went into limp mode and stopped on the track due to an overheated transmission. It turned out that the header developed a small crack and starting blowing exhaust gas onto the transmission cooler. We did not get to finish the race. It was a disappointing weekend to end it after having such a great car that was top 3 in practice. I’m looking forward to going on to the next race in Watkins Glen in late June. I’m confident that we will have the same great handling car, just with a little better luck.

Thanks to DSC shocks for the support. Wish the rules would allow us to run those in our racecar, what an advantage it would be. 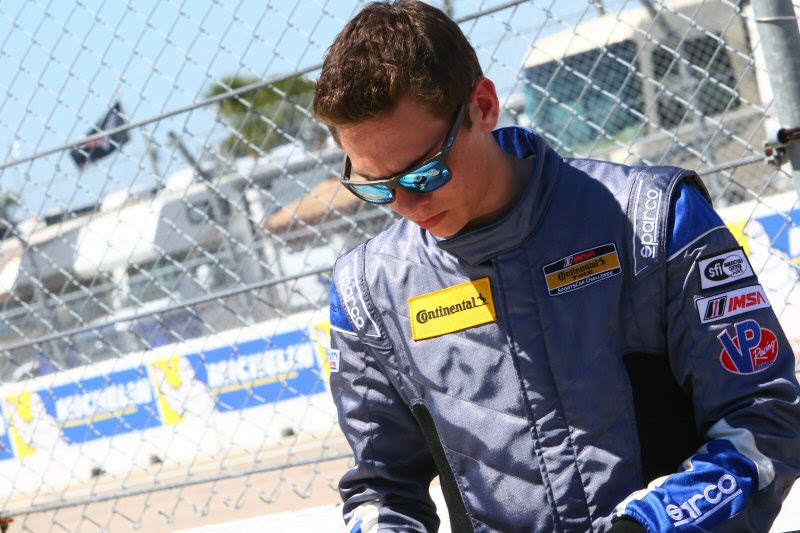 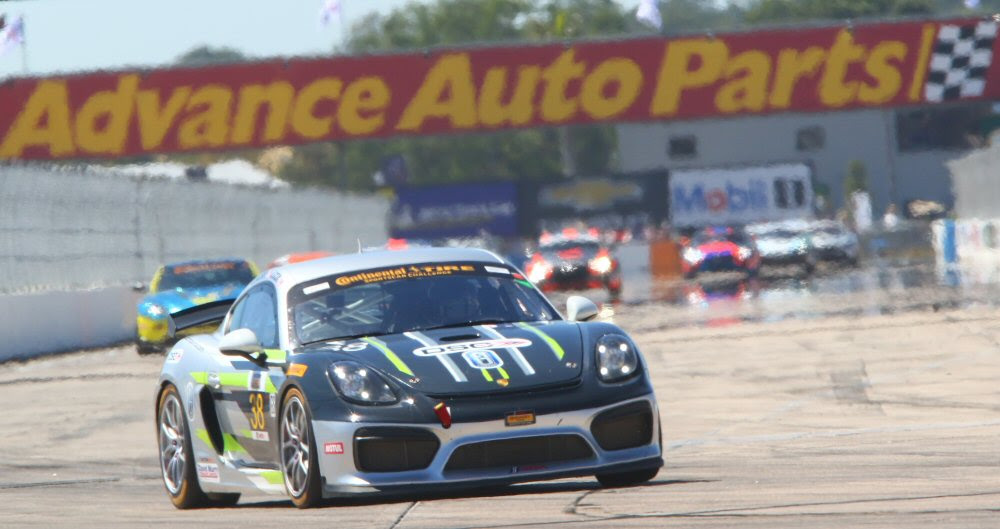